Round 3 was a lightning round. The objective of Round 3 was making a game in a week.  There was no limitation for the theme or platform but we had to struggle with the tight production schedule.

The name of the game we developed is “Milky Way”. Milky Way is the two-player vertical racing game using unique cow udder controller made of Makey-Makey. We made the fake cow udder with the rubber gloves and attached to the Makey-Makey.

We wanted to give player tactile feedback, so we made the cow udder controller with a Makey-Makey. The tactile feedback delivered the unique feeling of control and humor to the player, and Cow-like controller optimized the hilarious concept effectively. The hardware and unique controlling method made our game special.

2. We keep our game simple and silly

We knew our production process will be tight, so we designed our game very simple instead of making a fun & complicated game mechanic. This decision enabled us to focus more on polish and it helped to increase the quality of our game.

Our team agrees with the silly & weird concept quickly. We believed that the weird concept can enrich the user experience with a minimum development process. Vision sharing made us put our theme elements naturally into our music, art assets, and game mechanics. 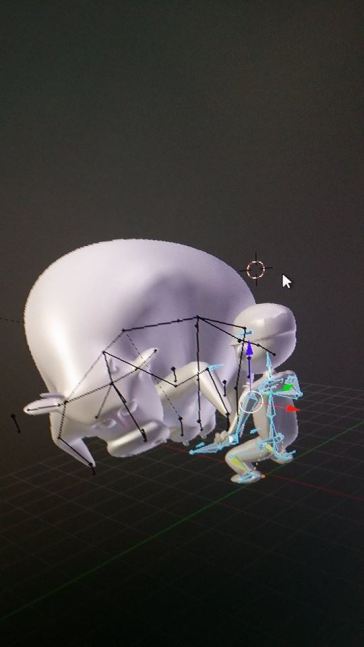 Although the hardware was our strength, our controller broke too easily. Our game was designed to encourage players intense pulling movement, and it caused trouble to our hardware. Moreover, our fake cow udder was made of rubber gloves, so if the player squeezed too harsh, it blows off sometimes.

We only had a week to develop the game, so we are unable to playtest the game. It resulted in some frustrating moments to the players. Actually, I tried to fix the problem, but I fail to convince the programmer and game designer and it caused the exact consequence that I expected. I think if we had a chance to get playtest or outer feedback, the core gameplay problem might be fixed.

Our game was a two-player game, so if the one player falls back too much, the player was unable to follow up a winning player. We wanted to put items that can balance two players and enrich the experience, but because of limited time amount we had to cut out this feature.

Making unique controller was a very exciting thing and it also makes our game very special, however, it was really hard to make a stable controller that can be played recursively. The Game itself was simple and intuitive enough to play but there was game design problems and balancing problem. Anyway, our team was satisfied with the game. We didn’t get it but, we submitted our game to GDC’s unconventional controller game exhibition.